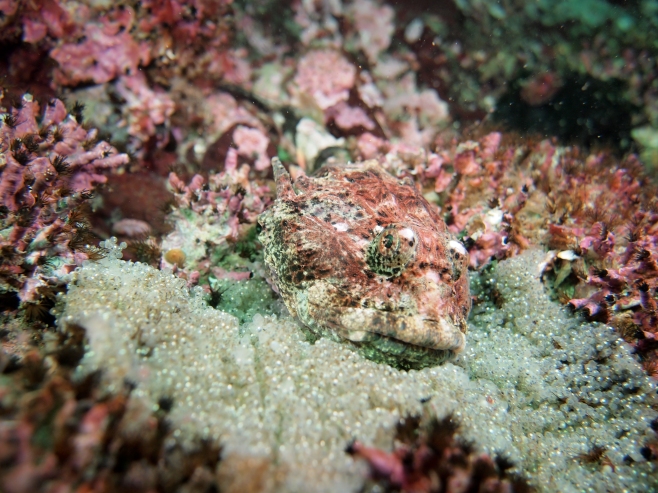 Very interestingly too, there is a species of fish known to parasitize on the care provided to the fertilized eggs by Buffalo Sculpins. Spinynose Sculpins (Asemichthys taylori)  will lay  their eggs on top of the Buffalo Sculpin eggs. The Spinynose Sculpin eggs will hatch faster and it is even possible that the presence of the eggs slows the development of the Buffalo Sculpin eggs.  This “nesting parasitism”, is a “behavior previously unknown among marine fishes. This study is the first report of interspecific nesting for marine fishes” (Kent, Fisher, & Marliave, 2011).

The camouflage, in addition to reducing the risk of predation by bigger fish and seals, allows the Buffalo Sculpin to be a very successful ambush hunter of shrimp, crabs, amphipods and small fish. It has been suggested that they eat mainly algae since this has so often been found in their gut but I am willing to bet that the algae ends up in their stomachs as a result of the buffalo sculpins grabbing prey ON the algae! 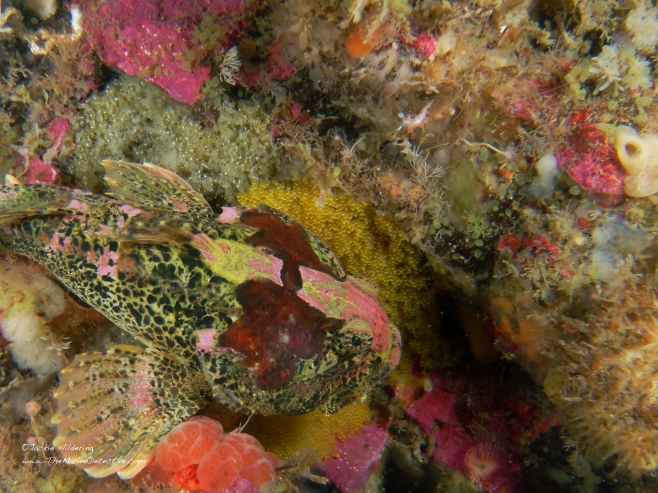 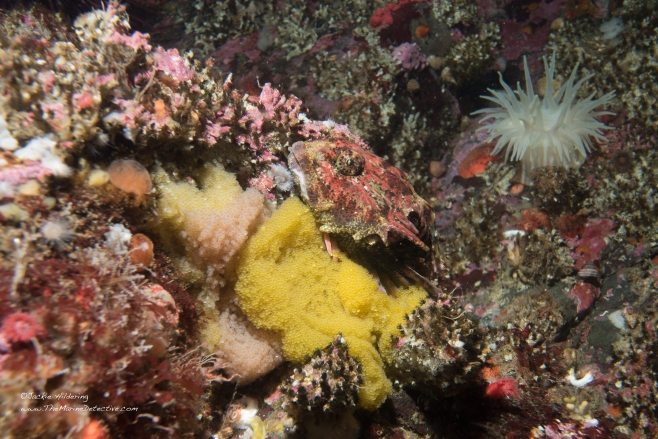