Yes, I am heartbroken.

It’s the hurt that comes from loving a place and the community associated with it.

It’s about an ending that did not need to be.

I am sharing this information because of the number of questions I am being asked about what happened. I am being seen as a source of information because of my attachment to Telegraph Cove and my involvement with both parties – Telegraph Cove Resorts and Stubbs Island Whale Watching. I believe this necessitates my explaining my association with them.

Also, candidly, the writing of this is also likely to help me process what has happened. I have only recently learned of the developments myself.

My background in Telegraph Cove:

For almost 20 years, I have been involved with Stubbs Island Whale Watching which has operated out of Telegraph Cove since 1980. Telegraph Cove is a historic boardwalk community on NE Vancouver Island. For many years it has been owned and cared for by Telegraph Cove Resort Ltd.

It was a whale watching trip with Stubbs Island Whale Watching in 1998 that was the catalyst for my returning to British Columbia after having taught in the Netherlands. I wanted to learn from Nature and, having experienced firsthand the understanding that came from the power of seeing whales in the wild, I hoped I could apply my skills as an educator to contribute more directly to conservation.

In 1999, I began as a Naturalist with the company. I became Head Naturalist and, since 2011, I have served as an advisor to the new ownership for issues related to conservation and education. These roles were aimed at helping to make the experience of seeing marine wildlife count for the sake of conservation because  . . . not all whale watching companies are created equal.

The environmental ethics and contributions of Stubbs Island Whale Watching’s founders (Mackays and Borrowmans) were world renown and tied directly to whale research, and their location and use of larger boats meant that noise and fossil fuels could be better managed.

The aim was to enhance and ensure delivery of a program that could maximize meaningful messaging that might help people undertake life changes for the health of the whales (and future generations). The value of the experience, in terms of potential conservation outcomes, had to be so good that it could make the carbon and noise worth it. The aim was to continue the company’s ethics of being anything BUT about “getting up close and personal”. It was to try really hard to make the privileged experience of seeing whales in the wild count, tangibly.

The education delivered on the boats was a big part of this as was my hiring and training the biologists that had the depth of dedication and ethics to carry out this program. It has been such a source of joy to see how these team members have carried the experience of working from Telegraph Cove, and learning from wildlife, into their careers in conservation-related fields.

My being a co-founder of the Marine Education and Research Society is directly linked to Telegraph Cove and Stubbs Island Whale Watching. It was from their boats that we first documented the return of Humpback Whales and, since 2004, they have been our greatest data contributor as well as providing support in many other ways.

The kindness, generosity and support of Telegraph Cove Resort Ltd. has also played a major role in my life regarding diving, education and research. My boat is moored there. I dive from there. My footsteps have stomped on that boardwalk thousands and thousands of times.

Maintaining the historical flavour of Telegraph Cove is clearly a labour of love and the Whale Interpretive Centre (WIC) could not succeed without the involvement and support of Telegraph Cove Resorts. I am a past director, manager and chair of the society behind the WIC and still provide tours there when asked.

I will say it again, there are many people I really care about whose lives are connected to the beautiful place that is, Telegraph Cove.

So what has happened?

The following is from the January 22nd article in the Campbell River Mirror with quotes from Telegraph Cove Resort.

“Stubbs Island’s announcement today was quickly followed by an announcement by Telegraph Cove Resort that it was teaming up with Victoria-based Prince of Whales Whale & Marine Wildlife Adventures “to enhance marine wildlife habitat and research while providing greater opportunities for outstanding eco-tourism.”

Resort owners Gordie and Marilyn Graham said they are pleased to welcome one of the province’s “largest and most-respected whale watching and eco-adventure companies” to their recreational seaside haven. The release made no mention of their relationship with Stubbs Island.

“I’ve always been impressed by the Prince of Whales’ work in marine conservation and academic research,” Gordie said. “Their principled approach dovetails perfectly with our continuing efforts to protect marine wildlife while delighting and educating visitors with awe-inspiring experiences in nature.

The Grahams established a campground and marina at Telegraph Cove in 1979, drawing enthusiasts to the great recreational ocean fishing. Over 40 years, their work restoring original buildings for tourist accommodation has brought life back to the former sawmill town. Today, the resort, which can accommodate up to 500 guests, also includes a restaurant and pub, general store, small hotel and Telegraph Cove’s Whale Interpretative Centre.

As well as building a tourist mecca, 210 km northwest of Campbell River, the Grahams have invested in marine life protection and education, donating more than $150,000 to salmon enhancement projects.

Stubbs Island Charters Ltd. started whale watching in 1980 out of Telegraph Cove and has worked to establish a reputation as a company that puts the wildlife first. The company supported research and education efforts, providing meaningful education to guests, modeling best practices, and sharing expertise to help build a community now known as the North Island Marine Mammal Stewardship Association. For the past six years it has received a “Certificate of Excellence” from Trip Advisor for its many five-star reviews.”

There you have it.

Any further factual developments will be added to the content here.

My deep empathy to those for whom this news is difficult too.

Onward, facing reality and being guided by what is best for the whales and what they reveal of human value systems and the state of the environment  . . . upon which our lives depend. 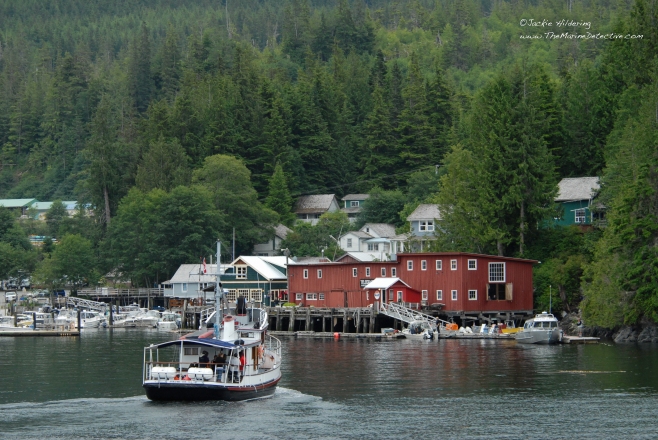