Yes – there are spider-like animals in the ocean!

Globally, more than 1,300 species have been identified. 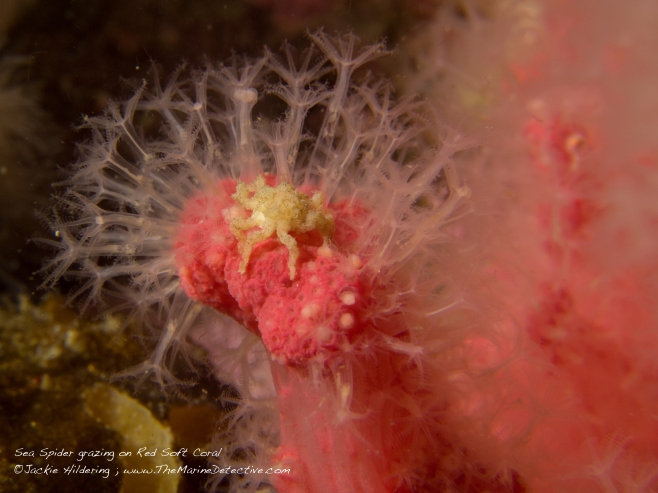 But, even though they are jointed-legged invertebrates (arthropods) and most do have 8 legs, they are not true spiders (arachnids) nor are they crustaceans. They are classified into the a distinct group of arthropods ( the chelicerate subphylum). The name of the order to which this species belongs to is the “pantapoda” which is Latin for “all legs”, a good label as they have almost no abdomen.

They have a mouth part called a proboscis, a flexible tube that they use to mix digestive chemicals with their food and then suck it up.

Yellow Hairy Sea Spider having grazed off polyps of Red Soft Coral. Also appears to have “decorated” himself with algae. ©Jackie Hildering.

Some species have additional leg-like appendages near their mouths. Often only the male has these structures so that they can take care of the eggs by carrying them.

The species pictured here are those I see most often around NE Vancouver Island and they are only about 1 cm across. They have been given the common name “Yellow Hairy Sea Spider” (Tanystylum anthomasti).  The hairy parts are believed to help the animals feel and sense chemicals. 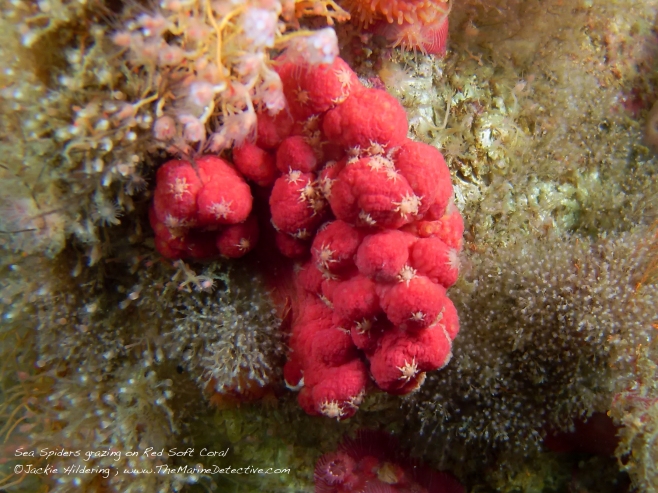 I have only ever seen this sea spider species on Red Soft Coral colonies (Gersimia rubiformis). As you can see in the photos, they feed (graze) on the bushy polyps of the soft coral. As defence, the polyps can retract and have stinging cells but this seems to do little to deter the sea spiders.

One of the things I find fascinating about sea spiders is that they have a very thin external skeleton (exoskeleton) and as a result don’t need a respiratory system; they can “breath” through their skins.

Nudibranch species that also feed on Red Soft Coral include the Diamondback Nudibranch (Tritonia festiva to 10 cm) and the Orange Peel Nudibranch (Tochuina gigantea to 30 cm). See below. 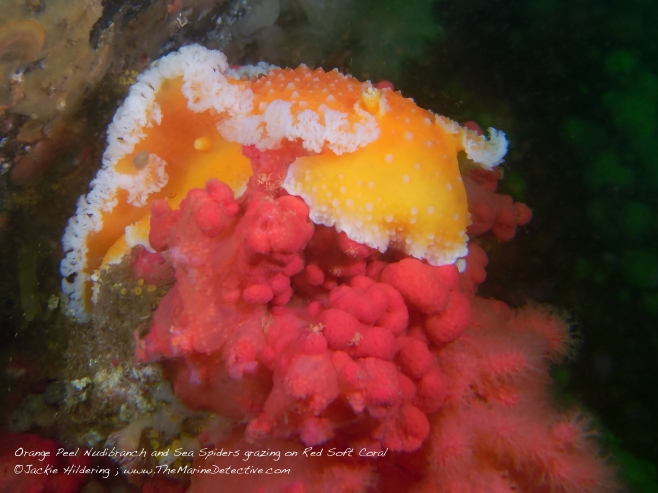 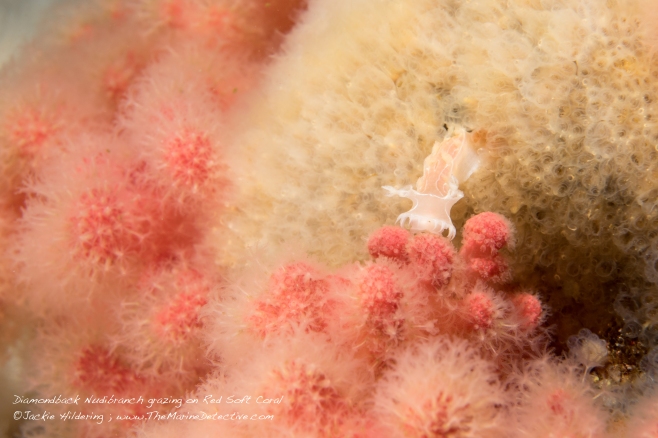