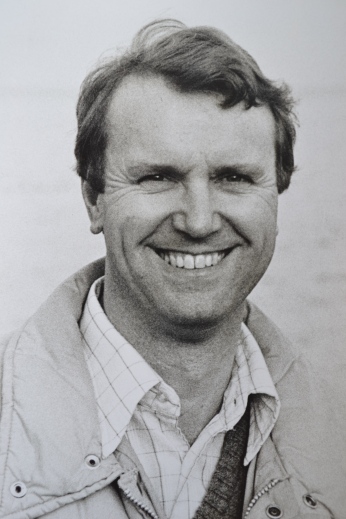 What’s the Bigg’s Deal?  I’ve been asked this a lot lately: “Why are the mammal-hunting killer whales being referenced as “Bigg’s Killer Whales” rather than as “Transients” as they were previously known?”

This is because a 2010 study found that the mammal-hunting ecotype of Killer Whales / Orca diverged from the other ecotypes some 700,000 years ago and the researchers (Morin et al) put forward that they be recognized as a distinct species.

If they are to be recognized as such, many in whale-research-world believe it is only appropriate that the species be named in honour of the late and great Dr. Michael Bigg whose pioneering Killer Whale ID research in the eastern North Pacific in the 1970s – 1980s revealed that Killer Whales have distinct populations and that there are very limited numbers within these populations.

Ultimately, his research led to the understanding that Killer Whale populations have distinct cultures.

This knowledge of course had huge conservation implications. It was previously believed that there were abundant Killer Whales in the eastern North Pacific and that they all eat salmon in addition to marine mammals; rather than the reality that there are four at risk populations that are genetically and ecologically distinct:

Summary I made for our Marine Education and Naturalist Society Marine Naturalist Course (2021).

Through the research of Dr. Bigg, the Killer Whales of British Columbia have been studied as individuals longer than any other marine mammal species on the planet – and not only marine species have benefited from this. We all have.

Due to his work, whereby the age, gender, diet and range is known for almost every Killer Whale in British Columbia, these whales “tell the story” of global chemical pollution. The work of Dr. Peter Ross examines the toxins in the blubber and indeed the Killer Whales of BC are the “canaries in the coal mine” informing the science that should shape international policies and regulations regarding toxins.

However, there is also much that has NOT changed since the days of Dr. Bigg’s pioneering Killer Whale research.

At that time, Killer Whales were the scapegoat for declining salmon populations and the “gold rush” on their being put into captivity was likely perceived as a favourable management tool.  Conservation costs money, not only for science and management, but also by limiting industries whose activities may negatively impact species at risk.

Flash forward some 40 years to 2013. Dr. Peter Ross’ work with Fisheries and Oceans Canada has been terminated as part of what can only be called the demise of Canada’s ocean contaminants research program and prior to his termination he, like so many other government scientists in Canada, has been constrained in being able to communicate about his research. (Update 2014: Dr. Ross now heads the Ocean Pollution Research Program at the Vancouver Aquarium).

The ultimate Bigg’s Deal is that one person can make a profound positive difference – replacing knowledge where fear and misunderstanding once dwelled.

However, to work against government forces that imperil our environment and suppress science in favour of short-term economic gain, it is going to take a very great many of us to make our voices and actions . . . Bigg-er. 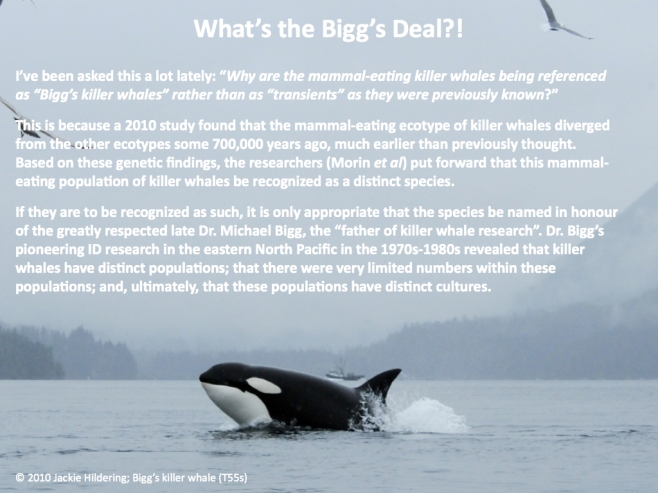