Three “disclaimers” before sharing one of the very valuable lessons I have learned from whales.
1) For the purposes of this blog, I am referencing the world’s biggest dolphin as both “Orca” and “Killer Whales”. Please know that “Orcinus orca” only camouflages our branding and past misunderstanding of the species as it roughly translates into “demon of the underworld”. Clearly the species did not name itself.

2) When referencing being a “killer” female it is as per this definition: Killer: adjective slang: highly effective; superior; cool; awesome; really badass. I do NOT want to playing into jokes about female rage, especially for those women going through menopause.

The most valuable lessons I have learned about being female, I have learned from Killer Whales / Orca. For example, it is through my knowledge of these highly cultured whales that I know Nature’s plan for older females.

Let’s face it, human society does not generally help in this regard. As time etches lines into our interiors and exteriors – society does not tell us we are a-okay!  No, the general messaging is about loss, faded youth and endings. Firm up! Dye that hair! Want some Botox baby? We’re sweeping you aside, ‘cause you’re old!

One of my teachers – A12 aka “Scimitar”; born around 1941 and now passed away. She was a Northern Resident (inshore fish-eating) Orca who was the grand dame of the A12 matriline.

As I weather the physiological and psychological changes of age, I know there is purpose in all this. Humans and Killer Whales are among the very few animal species where females go through menopause; where they can live beyond their child-bearing years as “post-reproductive females”.

In the case of Killer Whale females, they can give birth between the ages of around 12 to 40 but can live to at least age 80 (life expectancy is not yet certain since Killer Whales have only been studied as individuals since 1973). Thereby, female Killer Whales may live almost twice as long as they have babies. On the face of it, this appears to violate one of Mama Nature’s great laws. That is, if you’re going to use our food, you better pass on our genes.

But Nature makes sense. Therefore, the role of post-reproductive females must be so valuable that it “justifies” their using the population’s resources.

Science in fact believes that the old female Killer Whales are the teachers and decision-makers. These grandmas, wizened by their years and the lessons of the generations before them, are believed to teach mothering skills; how and where to hunt; and they are known to share food, especially with their eldest son. These activities would benefit the population by ensuring that the offspring are better able to survive and mate . . . passing on shared genes. Since first posting this blog a decade ago, there has been further science published on this. Please see sources below.

Female Killer Whales have taught me that I am not less as I age but rather that there is teaching to be done and leadership to be embraced.

Never in the history of humankind have the females of our species had access to the resources we have now. It’s far from equality BUT imagine, imagine my sisters (and brothers) if instead of being manipulated by a paradigm that is aimed at making us feel less, we chose to be more. Think of how we could unite against inequality in its many forms.

Instead of absorbing, and perpetuating, disempowering messaging about being older, imagine a world where older woman rise into their potential. What a force that would be for the DNA of our kind – not distracted by what is not, but working for what will be. 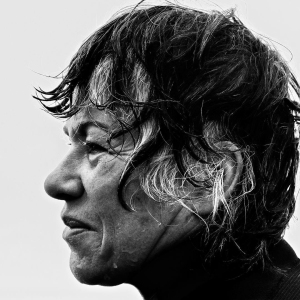 Where once I had rapid access to a brain full of facts, I now have intuition.

Where once I had 20/20 vision, the lenses of my eyes have become far less flexible. But, I see more.

Where once I was rubbed raw by society’s perceptions of success as a woman, I have (largely) found my way.

Where once I fought my body, I have healed into gratitude for its strength and health; the life it lets me live and how it is the manifestation of the DNA of those before me.

Where once I was unlined, I am weathered. The lines are getting deeper and more abundant, revealing that as I age, I laugh more – openly and loudly – and hide my emotions far less.

Where once I felt I had to prove I could do it all alone, a gift of age has been to reach out to younger generations. Their skills and values help me. My skills and values are aimed at being in service to them.

Where once I was constricted by messaging of being “too much” and wanting “too much”,  I recognize the power structures and motivations of those wanting to keep others small, so that they may feel big. I know what motivates inequality and injustice. I know. Thereby, I have power; the power to help those who have less.

Research on menopause in Killer Whales

14 Responses to “Lessons Learned from Whales: Be a “Killer” Female”